The Zone is the winning project in the 6th DKV – Álvarez Margaride Production Scholarship, organised by LABoral Art Center in conjunction with the DKV insurance company, and it was produced during a residency at Plataforma 0, LABoral’s production centre. From June 20 to October 21, 2018

The Zone is a project about the Anthropocene/Capitalocene landscapes of our damaged planet. It takes its name from a real physical space, the exclusion zone established as a consequence of the Fukushima nuclear disaster in Japan. The Zone is also a metaphor that constructs the mythology of the present, warning us against dreams of technological progress turned into nightmares. The project explores the possibilities of art & cartography displays in understanding contemporary environmental disasters.

The project consists of four main parts: 1/ an outdoors installation, 2/ an interactive map, 3/ a workers area, 4/ a documentation area.

An outdoors installation occupy the public space at the entrance of LABoral Art Center. It consists of a deposit of radioactive bags evoking the storage facilities for contaminated soil from the nuclear crisis spread over all the ridges of Fukushima prefecture.

The main piece is a 78 square metres interactive map. The map is projected on the floor allowing the visitors to walk on the top of it. Five digitally fabricated objects on its surface, when approached by the visitor, activate a specific story. These stories include 1/ the earthquake and tsunami, 2/ the multiple nuclear reactor meltdowns, 3/ the evacuation of the population, 4/ the first journalist to get into the Exclusion Zone, and 5/ the citizen science as a response to the radiological disaster.

The workers’ area is a tribute to the thousands of workers, mostly subcontract ones, who enter Fukushima Daiichi Nuclear Power Plant everyday or work in the decontamination brigades. It includes a Geiger Counter developed by Safecast, a citizen science community established in Japan as a response to the nuclear disaster. 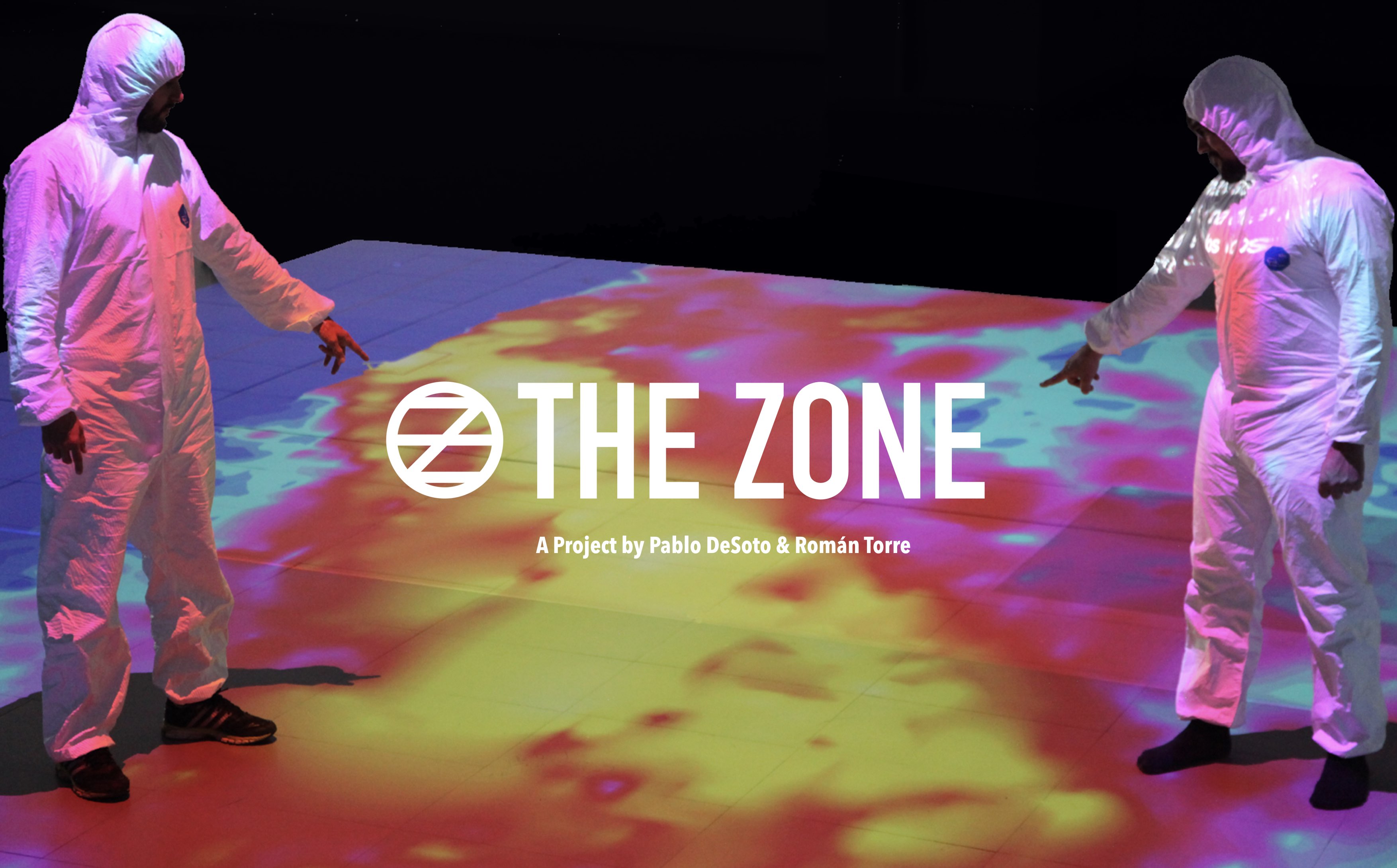 Interview to the artists

Pablo DeSoto is a scholar, radical cartographer and artist with a singular and iconoclastic experience across geographic and disciplinary borders. He holds a Master Degree in Architecture from the Royal Institute of Technology of Stockholm and a PhD in Communication & Culture from the Federal University of Rio de Janeiro. He is LAB_Joven Experimenta & LAB_Cyberspaces awards by LABoral. Pablo is the editor of three books and he has exhibited, taught and lectured worldwide. https://pablodesoto.org

Román Torre’s work is not anchored to any particular format. He is especially interested in visual and speculative narratives inspired by science and science fiction. He likes to recreate that kind of situations consciously or unconsciously through installations, devices and other series of artistic formats that allow him to combine technical and visual research, interest in contemporary issues surrounding the human being in its technological and social environment. http://www.romantorre.net